**EDIT** - this is a product of the Instagram exodus and is lacking the funny comment originally included about how Target is regressing to our childhoods with the good ol' traditional "Christmas owl".

You know... that thing NOBODY HAD, but it's in so sure, let's have one in mirrored silver to put on the mantel next to the Elf on the Shelf. TRADITIONS!!
Posted by Red at 9:13 PM No comments:

Actual Convo #116 - the Strategic Use of Popcorn

me:  Are you getting good works done?

Bob:  Yeah, some decent code changes.  One bug I haven't figured out yet, but going well.  I have a status meeting at 2, and at 3:30 the big boss is in town and wants to talk to everyone being extended.  We're not sure if it's just a ra-ra meeting, or actual information we care about.
me:  Oh.
Do you get popcorn at Ra-ra meetings?
Bob:  No, sadly.   Just an "inspirational" speech
me:  Oh. That blows
inspiration goes better with popcorn
Cuz then he can shout over the popcorn crunching and energize the room
Bob:  It does.
Posted by Red at 2:09 PM No comments:

I Dun Maid a Komik

I have always wanted to, and my first attempt bottomed out terribly so we're doing something I know a lot about... being ridiculous.

I'm calling it This Actually Happened, and if you wouldn't mind stopping by to read it (give it a week or 2, this one was really more of a Letter of Intent) I would be humbly grateful.

The current one is Truth in Advertising.

Thanks for looking if you do.
Posted by Red at 12:23 AM No comments:

Check out This Thing I Found - Art Edition #3

I just dig rainbows, is all...


From 2004, a temporary art installation by Chris Cobb. I'm sad this only came to my attention now, but how wonderful is the idea?
(I did this once when I was a kid, but then I couldn't find anything so it had to go back to alphabetical.)

For photos, here's an awesome Tumblr post that captures the whole thing. 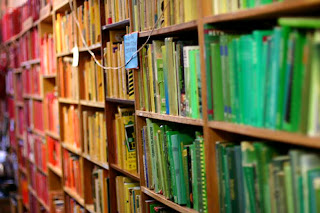 The Holidays According to Helen (aka YARNUKAH IS HERE!)

My year looks a lot different than others when it comes to time off for holidays. Let me run down the calendar real quick so folks will understand.

January - New Year's Eve and Day
March (or April depending on rotation) - PAX East in Boston
May 3rd - My birthday (THIS IS A HOLIDAY, DAMNIT, AND I WILL TAKE IT OFF)
May in general - Maryland Sheep and Wool, Fairy Festival, Celtic Fling
July 4th - things blow up and we barbecue
August - all the beachy things in NJ
September - a week of Anniversary shenanigans surrounding Int'l Talk like a Pirate Day, because that's when I accidentally got married
October - an entire month celebration of Halloween!!! Also, the Fiber Festival at Rhinebeck, NY
November - Spousal birthday and NaNoWriMo. Thanksgiving and family angst about get togethers.
December - continuation of family angst due to Xmas and shopping for All The Things, plus lead up to New Year's. Usual a one week period freaking out because I can't find the right shoes for dinner on New Year's.

And on top of this I have decided to create a new holiday to throw in to the mix because reasons: YARNUKAH!

What is Yarnukah?? I hear utterly no one asking. Well, you get an explanation anyway.
I decided that us knitterly/crocheterly folk have such things as the Ravelympics in the summer, but there should be something in the winter to celebrate as well! It should demonstrate the overall feeling of the season in terms of giving and building a feeling of joy and goodwill towards mankind. In addition, we should further the niftiness of knitting and the fiber arts in general as well as interest in them. It seems lofty, but I think we can do it.
What I envision is 8 days of sneaky fibering where people create beautiful yarnbombs out in the community, do quick knit-ups of ornaments to hang from trees and leave for people to find, create hats or scarves or gloves to give to the homeless or to charity, or even just to leave behind somewhere cold in case someone comes along who doesn't have something. I'm also going to try to crochet very tiny amigurumi animals to give away to kids that I see. Just knit like mad with the intent of giving it away randomly to someone and possibly making their day.
You can do something on only some or all of the days if you like, just as long as you are doing something for the community to show your awesome fiber skills to help out human- and critter-kind. The final day should culminate in a slightly bigger offering (or if you're only able to do one thing, do it on that day) and then allowing yourself to get that yarn or contraption you've been lusting for, because it will help the economy!! But also because you have done something wonderful potentially in secret and good deeds should be rewarded.
The days were chosen at random this year as December 12th to the 20th and hopefully a little more thought gets put in to the placement of it next year. I'm thinking next time earlier in December to give people a little more time to participate.

Do you think we can do this? I would love to see more people talking about this on Ravelry and deciding to truly make a thing of it. I think we need to do for one another these days, as we are growing more insular and less likely to reach out to strangers for fear of danger. I think we're becoming more lonely as a species even as we're connected to people across the planet. Sometimes one act of kindness, a moment of being thoughtful because it ~might~ help somebody else out or cheer them up can be an act that saves lives or changes them immeasurably. I'm hoping to cultivate that in the world however I can.

Happy Holidays to everyone, whatever your sparkle!
Posted by Red at 9:37 AM No comments: