I haven't done one of these in a while, and I've got MAJOR bragging rights this time!

First off, I knitted a Freddy Krueger sweater! SERIOUSLY! Using a pattern for the glorious mohair sweaters of punk-birthing London, I switched the colors a touch and created something gloriously fuzzy and warm. It's TOO warm, actually, if I'm inside for too long. And I keep getting pet when I wear it, which is damned unnerving. But anyway... here it is!! 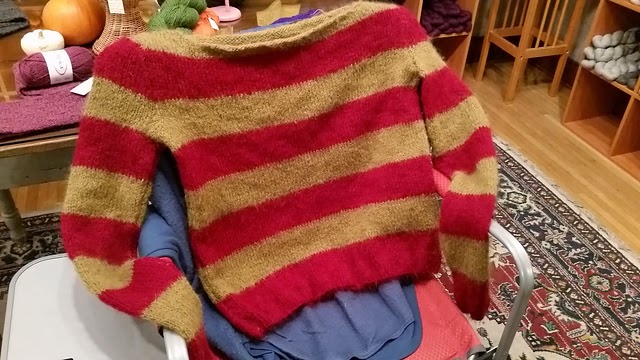 On top of that, I actually SEWED the skirt I wore with my "not as punk as I wanted it to be" Velma Dinkley costume. Check this out! It was originally ankle length and I cropped it, loosened the waistband, and created a new waist and hook and eye area out of the excess fabric!

Pardon my tiny helper in the middle picture... Why not just go buy a skirt and top, you ask? I needed it because I was trying to do a totally homemade costume/cosplay. We kinda broke right now.
That orange shirt in the picture on the left is about to be trimmed down to a tank top, (as it is I've trimmed off the severe excess length on the body and the arms and taken off the turtle neck part) and those shoes are going to be replaced with some serious army boots. But for now? It didn't look too bad, and that skirt is fully functional!
Also? I baked a cake for Bob's birthday from scratch. A carrot cake! 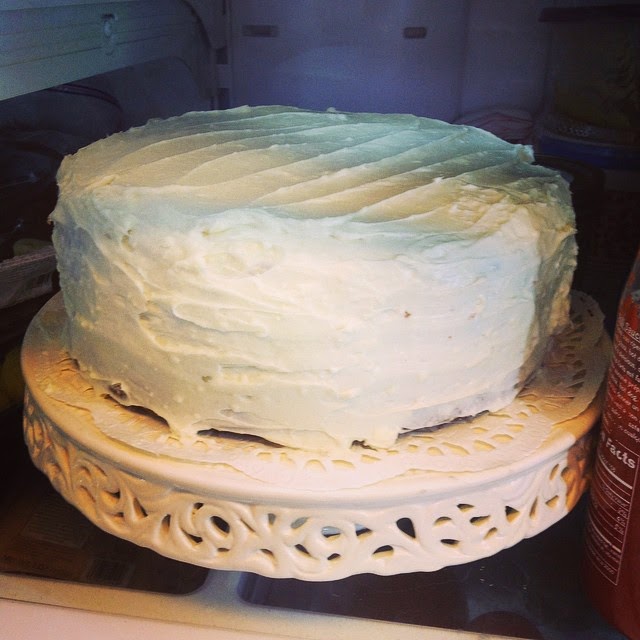 It was delicious and lasted about a week. No walnuts in this one, thankfully, and I'm shocked at how delicious it consistently was. I hated carrot cake thanks to those crappy coffee hour messes they always presented at church, so to be able to produce something moist and tasty seemed to redeem the childhood as well.
There might have been some minor shenanigans regarding a statue outside a public building somewhere. Maybe. And it might've been adorable, and there might have been a lot of people stopping to take pictures of it a full 4 days later when I was in the area again. 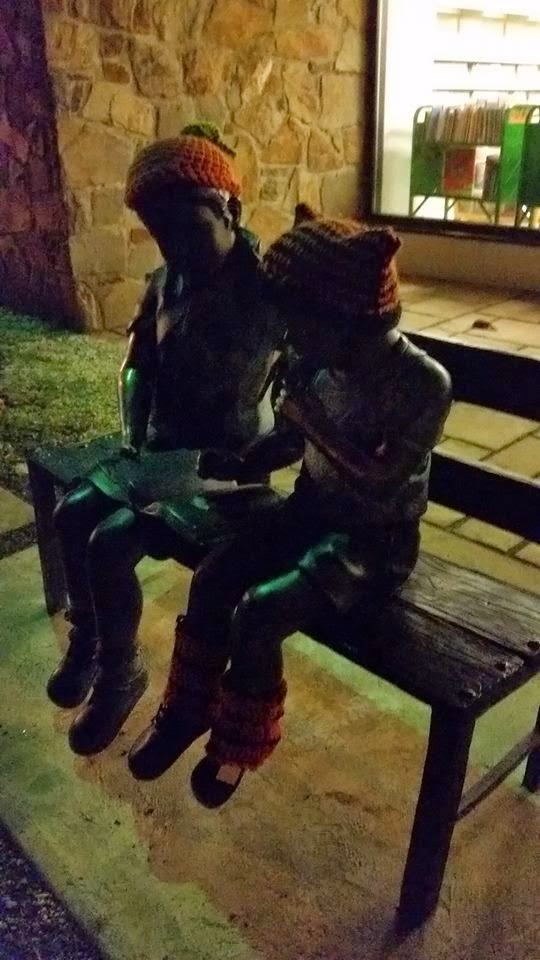 I'm almost done with the baby bubbles sweater for Evie, complete with my own interpretation of the stripes. 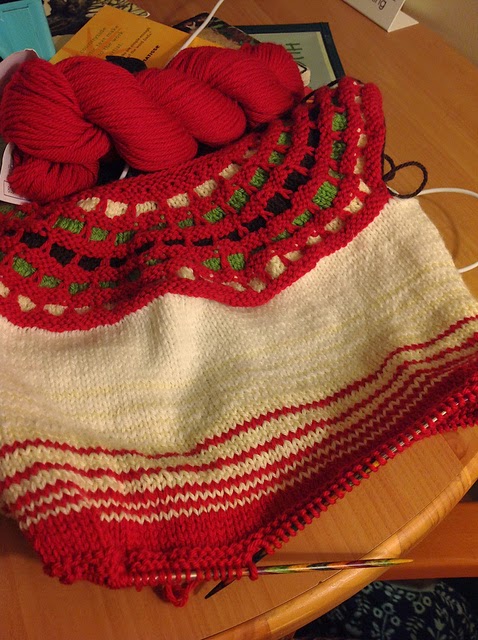 And we did a lot of great decorating for Halloween!

Finally put the last of my garden to bed and ended up with a serious tomato crop... still not sure what to do with all of them... 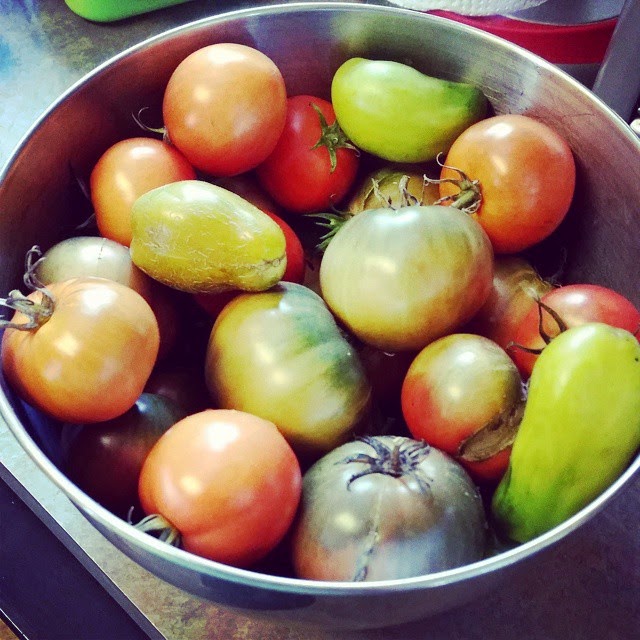 Went to Tennessee with my family to see my Gramma and let her see her Great Granddaughter for the first time. My Gramma is always so well dressed and put together when I see her. The woman is NINETY EIGHT. 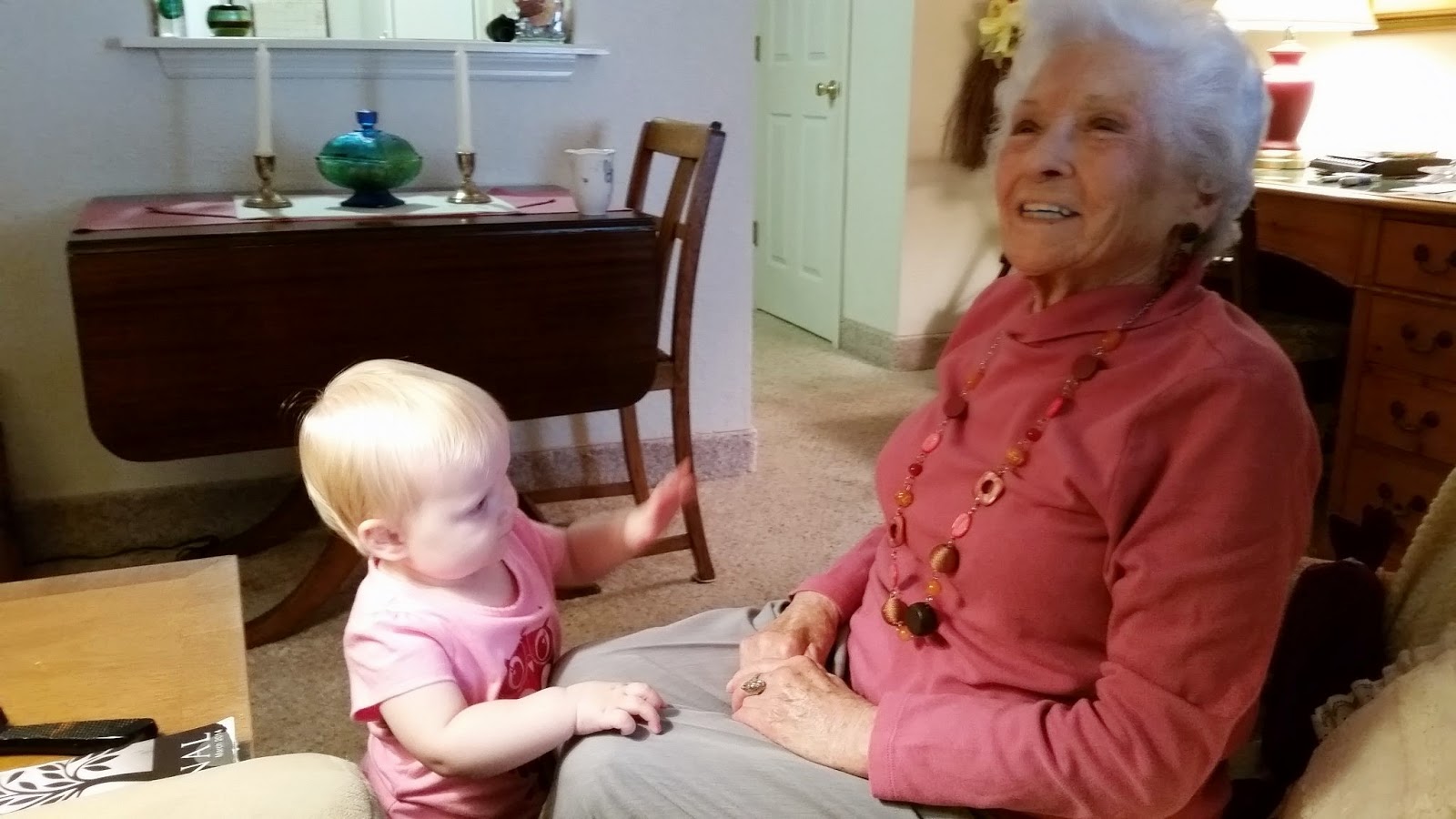 I also took some pretty bitchin' photographs while we were there, from the art museum, the aquarium, and the house where my Dad grew up. 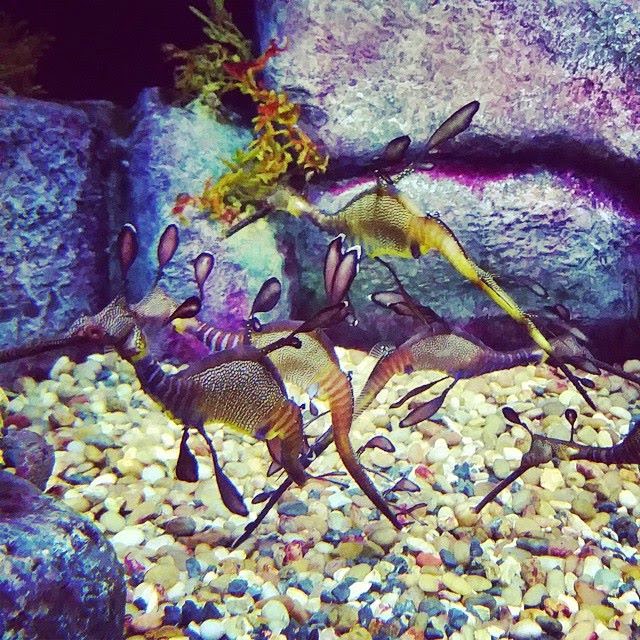 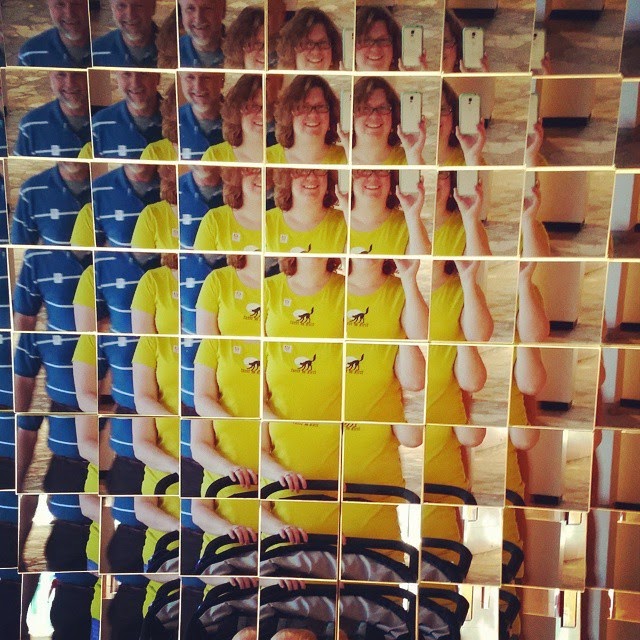 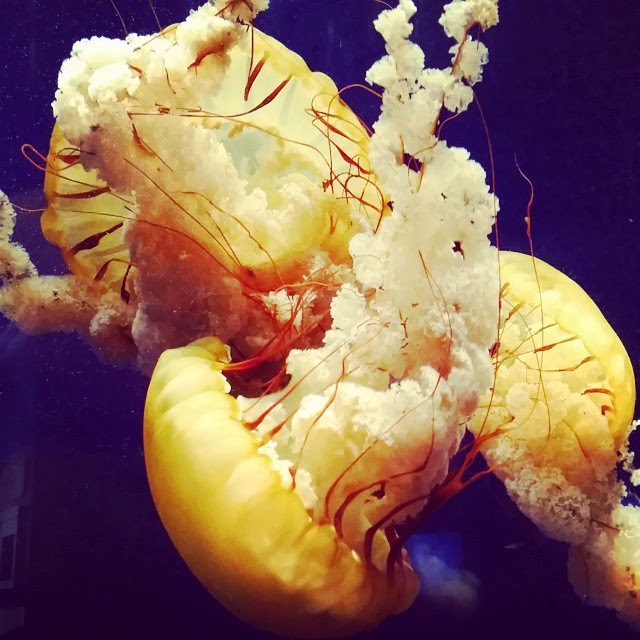 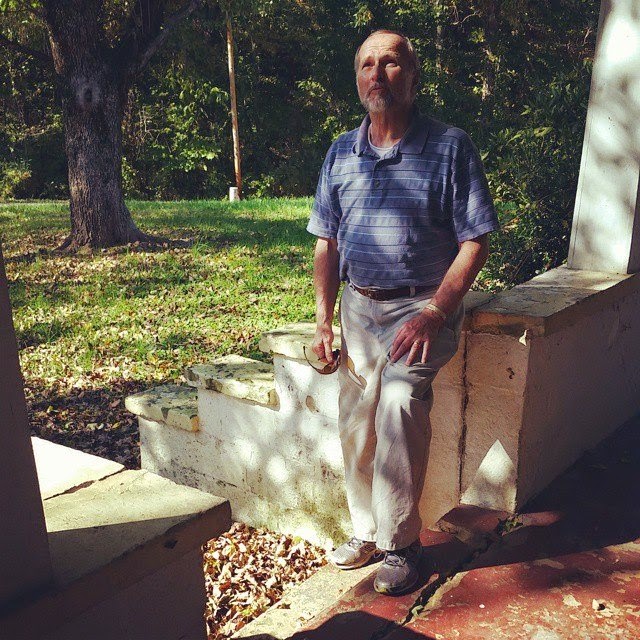 And cooked some pretty amazing food over the last few days. This time of year makes me think of chilis, soups... and Japanese hot pots. 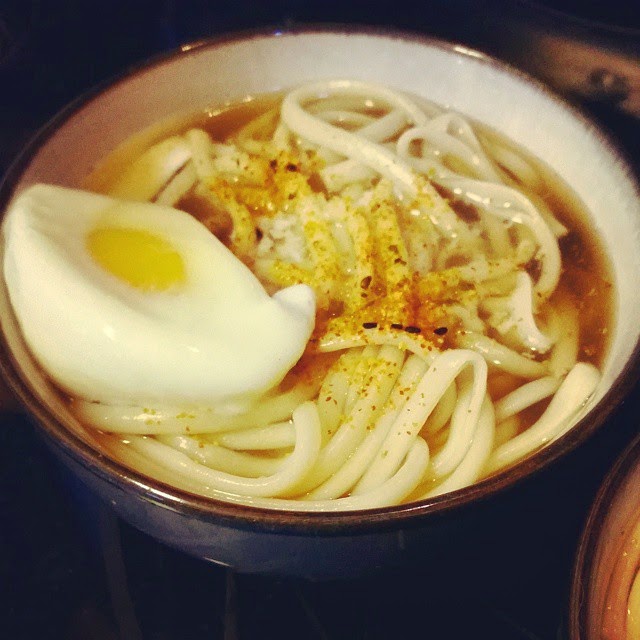 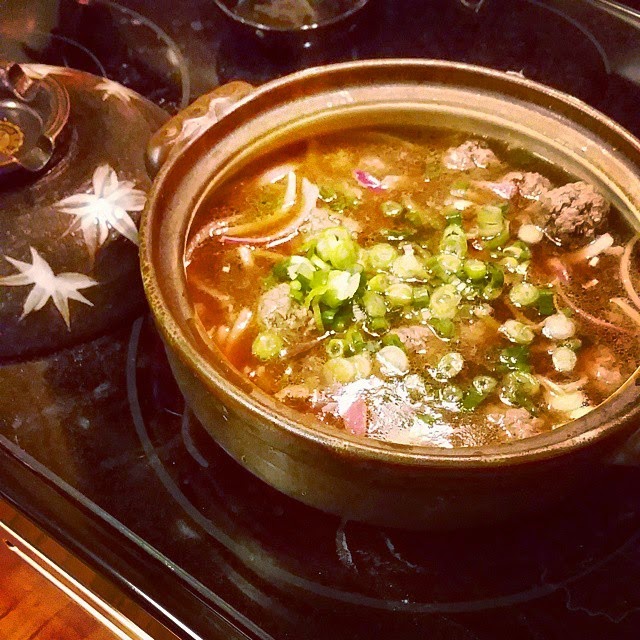 Oh, and I tried NaNoWriMo then realized I didn't care about the writing. It represented for me time spent pursuing goals and being given that time to be creative by my family without interruption. I have that space now, so writing isn't important. Creating in general, though? That is everything.
There will be more forthcoming as I hammer out projects in the next few weeks, getting ready for Xmas and Thanksgiving. Maybe even just a food roundup at some point for all of the stuff I'm cooking and take artsy-as-hell photos of. Hmm.... will ponder that. Maybe I'll call it "Check Out This Stuff I Made, Then Ate". OR... ooo... "FOOD ROUNDUP".
Honestly I probably take pictures of my kid and food more than anything else, so the fact that I had photos of anything else... I was really on the ball.
Anyway... I'd forgotten how cathartic these can be when I have to go back and think about everything I've done and completed. It's good for my poor brain, since I just chug along and pound things out and sometimes forget to look back... then I sit there and wonder "have I done anything with my life lately?"
Yup. I done crazy amounts.